A prepubescent girl enters the ‘women’ club as she joins the annual Santacruzan (May Festival). Her mother introduces her into a Filipino long-standing tradition that weirdly dresses girls as Virgin Mary and parades them on the streets like beauty contestants. She then learns that the world measures women based on the color of their skin and the size of their breasts. And although she resists at first and affirms her own understanding of beauty, she realizes that femininity is power. It is a gift and she is precious for being a recipient of it.

END_OF_DOCUMENT_TOKEN_TO_BE_REPLACED

There are stories that can be endlessly reproduced. Versions of their plots can be readily sold mainly relying on the versatility of the main character. Examples are James Bond and Sherlock Holmes’ persona which could be brought in television, video game, or comics. In its hope to be just like these two, Hitman: Agent 47 is produced this year following its predecessor in 2007. What the filmmakers did not know was that their agent cannot be at par with the well-celebrated figures because he runs out of ingenuity, innovation, and character before even reaching the battlefield. 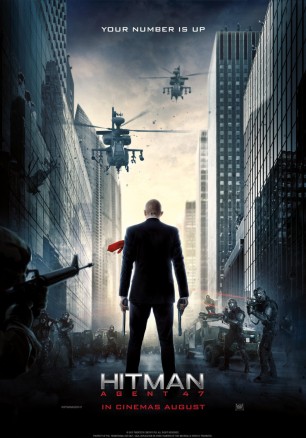