Kinatay pierces through the meat, cuts into the bones, and reveals the rawest form of Philippine Independent Cinema. It shuns gimmickry, works on reality, and delves into exposing social inequality. 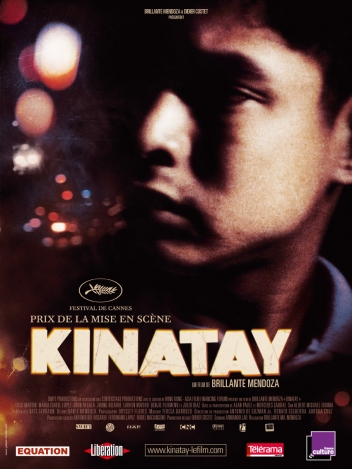 In 2009, the Philippines made a name on the much acclaimed Cannes Film Festival. Of many brilliant filmmakers, a Filipino outstood them all. Brilliante Mendoza took home the Prix de la Mise en Scene (Best Director) for his film Kinatay (aka Butchered).

The black cine canvass comes into life. Jeepneys blow their horns loudly. Early risers begin their casual chit chats. And the bustle and hustle of Manila serve as the movie’s sound effects. It is clear. Kinatay will not romanticize its story. It is as it is – a narrative on how a young family man witnesses a syndicate butchering its murder victim.

In Quentin Tarantino’s words, the film “never dramatize(d) the murder, never indulge(d) in movie suspense.” Instead of falling in the mistake of many movies in its time, the director keeps true in its promise that Peping’s (Coco Martin) story shall be told without glitters.

The camera glares down the dark inside of the syndicate’s vehicle. It is handheld, one of the many Mendoza trademarks. In a closer look, it signifies realism. The film boldly asserts that filmmakers are not supposed to be interpreters, rather they are deliverers. It screams of the importance of the portrayal of reality.

From the slums of the city to the provincial hideout sanctuary, the movie wishes to detail the transformation of every needy person to an unimaginable animal. It chronicles how a Criminology student becomes a murderer due to financial needs.

The stink of the victim’s body reeks in each frame. Every agony is felt. The audience can see murder, prostitution, and corruption. It is apparent that Mendoza is eager to show several faces of social inequality in his country. Yet, he cannot help but go back to the root cause of all of these – poverty. Whatever effort the murderers give in washing off their crime, it still stinks. Whichever way we view social inequality in the Philippines, we always go back to poverty.

Kinatay brings us in the actual journey of every poor Filipino. Although each has a different degree of need, all are capable of transforming one’s self in order to meet their daily needs. This film uses an honest portrayal of reality. It exhibits the raw form of Philippine Independent Cinema – truthful, realistic, and reflective of its people’s lives.

Kinatay can be watched on iflix. Avail of their  monthly or annual plans now and tell them we sent you!

1 thought on “Kinatay: Butchering the Meat and Exposing the Core”