Two boyfriends bid their goodbyes as one is going abroad. At the background are beautiful sea landscapes filling their silence and (hopefully) the audience’s confusion. If only scenery is sufficient. 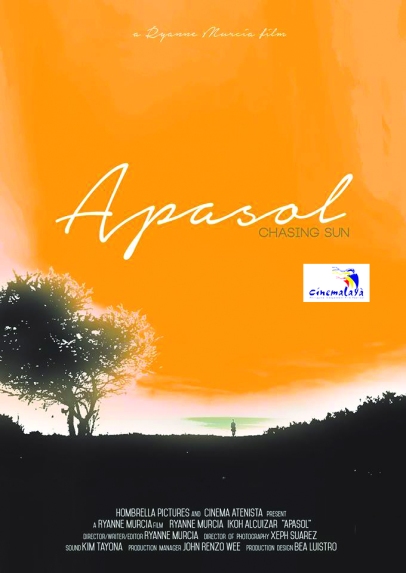 Film is a medium of the free. Much so in short films, the director tries to encapsulate his/her endless imagination within a limited time. Yet, this does not license filmmakers to offer nothing but ambiguity.

From beginning to end, the audience struggles to understand the film’s message. Apasol challenges the movie-goers to think deep and dig for what it wants to deliver. Subtitles were not helpful either. Letters were too minute and the chosen color palette was undistinguishable. With the character’s Chavacano lines (majority of Filipino audience is unfamiliar), these flaws were magnified. As the audience continues to be bedazzled by the plot, they are, at the end of the story, met by merely another romantic film.

The film’s metaphors, as the director has pointed out, seem to only exist inside the writer and director’s mind. In the crass words of journalism, it was nasalsal.

Nothing new was presented. All are but efforts to take the audience in a limbo of confusion. In this deep abyss of the unknown, the director cannot save the crowd or even himself.