A puppeteer is visited by his past shown in a montage of a drowning kid and children’s laughter. 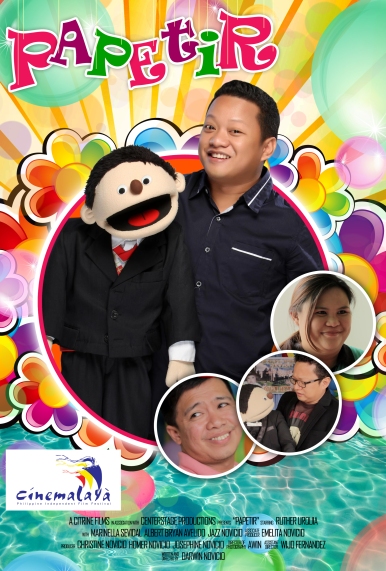 Papitir banks on the real life story of Ruther Urquia, an artist who became popular after joining a national talent competition. It retells his struggle as he continuously self-blames for his son’s death. In the cinema, sharing a part of one’s self is always commendable.

According to its director, the film wishes the public to realize the selflessness of performers. For him, puppeteers and ventriloquists are to be applauded for their dedication to bring joy to the public. Yet, these intended messages failed to be delivered to the audiences because of the film’s inadequacies.

Papitir fell short in including cinematographical techniques. The screen was a bland display similar to those of home-made videos. Cliché. Literal. Conventional. Lacking both in its length of discussion as well as cinematic elements, the film was a waste of a good narrative that could have been superb.