It is difficult to imagine Director Jerrold Tarog pre-Heneral Luna. Looking at his past film Sana Dati, one can notice how he matured as a director in terms of technical directing, plot development, and character presentation. Far different from his recent (and highly successful) film, this movie is profound in its story but lacks in visual display. And for movies to be movies, they are to be visual pleasantries, if not, we might as well just go back to the lost art of radio dramas. 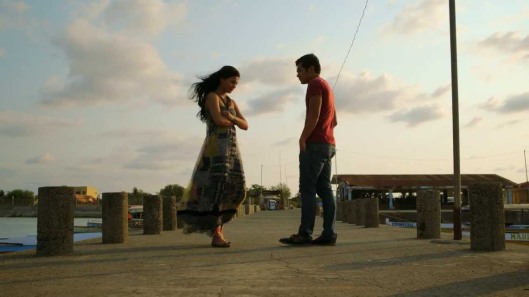 Andrea (played by Lovie Poe) is about to get married when she meets their wedding videographer who is coincidentally her ex-boyfriend’s brother. As she is reminded of the sad tale she shares with Andrew (played by Benjamin Alves), she reconsiders her decision to marry a man she barely knows. Her struggle continues while choosing to hold on to her past, to secure her future, or to welcome another man.

Sana Dati is an alternative from the well-received romance stories thriving in Philippine Cinema. While big production houses such as Star Cinema and Viva Films prime us with the all beautiful and perfect love stories, Tarrog points out the many difficult processes to undertake in relationships. It is not all happy endings. Sometimes, people end up not with the ones they love but the people they deserve.

It is undeniable that the movie provides a rich discussion on relationships and its complexities. Here is a rare material that boldly counters the existing norm of telling romance to the public. Yet, the beautiful narrative is shrouded by the badly composed backdrops, lousy transitions and cuts, and amateurish cinematography. For the noncritical eyes of many Filipino viewers, the lessons of forgetting, accepting, and moving on are a needle in a haystack.

Considering that viewers see Sana Dati for its narrative and not as a visual spectacle, its lessons still hold true today. Andrea’s greed for love, Robert’s (played by TJ Trinidad) selfless nature, and Dennis’ (played by Paulo Avelino) naïve but realistic perspective are integral in understanding the concept of commitment. For audience who strongly believes in destiny and fate, it is important to introduce to Filipinos the value of choice and decision-making in romantic relationships.

Shots in the film are too dragging and are unnecessarily slowly paced. Its images are limited by seemingly less creative cinematography. Yet, for viewers who crave for a refreshing piece of romance films, Sana Dati can still be entertaining. It is only saddening that Jerrold Tarog’s caliber today could have perfected the little dents we see in this movie now.