To watch an acclaimed movie is to be critical of its cinematic treatment, doubtful of its purpose, and conscious of its mistakes. This movie shall undergo thorough scrutiny for it to win your approval. To watch The Revenant is the same. But with Leonardo DiCaprio’s outstanding performance guided by Alejandro Iñarritu’s brilliant direction, you tend to submit yourself and let loose your judgments. You just begin to enjoy the film and allow yourself to be entertained. 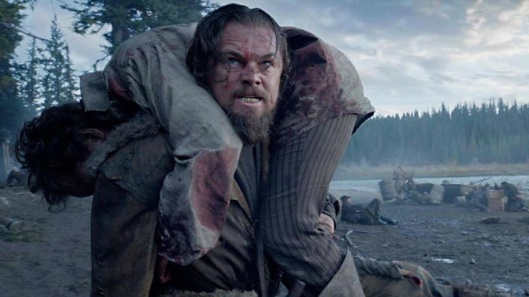 Death and suffering cannot be better discussed by any medium but cinema. Agony and pain are painted on each of the pixel of the backdrop emphasized by the performance of the cast. Set in the harsh condition of 1820s Louisiana Purchase (now Dakota, USA), a party of trappers met a raging group of Arikara Native Americans who is searching for their chief’s kidnapped daughter. While some of the hunters took shelter in their village, one of them (played by DiCaprio) was left behind. The Revenant records one character’s fight for life against the wrath of nature and men. It speaks of the power of revenge to conquer death and the eventual realization that “revenge is in the hands of the creator.”

Behind the beauty of the natural landscapes is the challenge on how to film amid snowstorms, running rivers, and deadly cliffs. Since the movie highlights a single man’s journey of defying death, the cinematography (in the hands of Emmanuel Lubezki) helped in bringing the audience a first-hand experience. The viewers feel the physical and emotional torment of a survivor. Moreover, the movie’s general vibe comes from the unconventional camera shots. Wide-angle lenses were used with only natural light. Instead of a staged set, the production decided to give a personal appeal to the crowd. This paid off as the crowd gradually became sympathetic with the protagonist’s condition.

The film’s strength comes from the ability of its main act to stir empathy from the crowd. He was a father who lost a child. He was a hunter betrayed by comrades. He was a village man robbed of his wife. DiCaprio was a man full of pain and suffering. But he was also a caring father, a loving husband, and a loyal hunter. Until the end of the movie, he captured Hugh Glass’ ambivalence between his will to survive and urge to end a life.

Complementary to the main act is the supporting role of Tom Hardy as the antagonist named Fitzgerald. He has become a chameleon in his recent films including Mad Max: Fury Road (2015) and Legend (2015). In this film, his spiteful character created a contrasting persona which the viewers would want to inflict hate. From his thick accent to his seemingly dead eyes, Hardy gave depth to the antagonist.

The Revenant’s success comes from its visionary director Alejandro Iñarritu. In an era when Hollywood films are business ventures first before artistic endeavors, we seldom see ambitious filmmakers who experiment and discover for the viewers’ sake. Iñarritu has once again proven to the public that box-office profit comes after delivering a good cine piece.

9 thoughts on “The Revenant: Surviving the wrath of nature and men”