A little girl living alone with her guardian just turned nine years old. They live in a shabby nipa hut placed in the middle of a vast rice field. On her birthday, the old gay man brings her to the city to buy ice cream. There, they met a barangay captain’s friend who was kind enough to invite them to his party. Little do they know that the man will give Narra her worst birthday present. 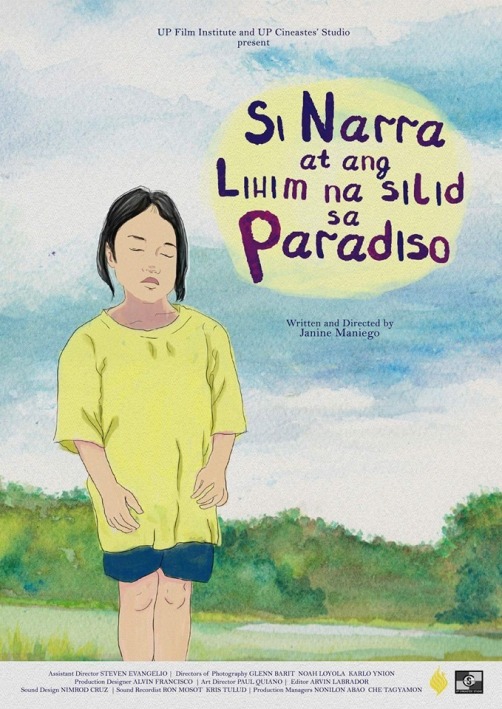 Si Narra at ang Lihim na Silid sa Paradiso intertwines issues of poverty, sexual abuse, and justice system as it retells a gruesome tale of hopelessness. It brilliantly draws the crowd towards empathizing with the victims of abuse who fail to seek justice. Through presenting powerful images on screen, it was able to leave a strong visual reminder to the audience.

Commonality on language used, film setting, acquisition of justice and other elements greatly resemble this film to Bambanti. Both were able to tie up economic struggle of the barrio people with their fight towards equality.

Although this short film can be improved in its cinematography and screenplay, it is effective in instilling its message to the viewers’ minds. It is successful in making others notice the advocacy it is fighting for.