A teenage boy with raging testosterone meets a sexy new housemate. He discovers that she is a prostitute who offers her service for P12,000.00 for 12 hours. There begins his quest towards achieving a paid girlfriend experience. He sold all his possessions in an effort to hire the girl. But in the end, a revelation would later make him doubt his decision. Is she truly worth his effort? 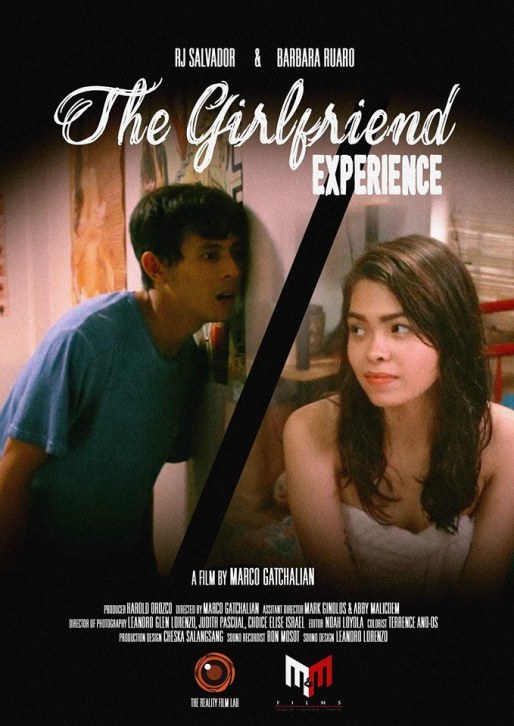 The Girlfriend Experience instantly connects to the crowd with its too honest depiction of teenage boys’ libido. It presents to the audience how sexual obsession hints people’s judgments and biases towards sex and sexual partners. Through racy images flashed on the screen, the film first recognizes stereotypical notions of sex and then in the end crashes them.

RJ Salvador, playing the boy protagonist, enticed the audience with his quirky funny moves. He realistically portrays boys of his age who see everything as sexually stimulating. With her, is a bold performance of Barbara Ruaro who is willing to show everything for art’s sake. Both of them made the storyline more palatable to the crowd.

In the film’s effort to please the viewers, it forgot to put enough emphasis on its message. Its inclusion of topics on gender, sexuality, identity, and obsession were discussed superficially that the audience failed to understand any of them. All in all, The Girlfriend Experience is a decent short film that understands how to entertain the crowd.

4 thoughts on “The Girlfriend Experience: Of sexual obsession and audience appeal”