Her eyes full of tears, face sweaty, and mouth trembling – it was Viola Davis on a loving mother character. Her expression exudes artistry. It was just right and the director cannot demand for more. But we see Viola Davis not on a grand ballroom but on a stinky market place reeking of unripe script, ambitious plot, and ludicrous gimmickry. 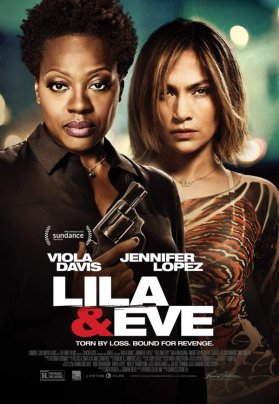 Lila and Eve lost us in the introduction of Jennifer Lopez as an alter-ego. The idea is not new and the execution lame even bordering on comicality. In the introduction, shots can’t be more obvious in presenting JLo’s character. This treatment seems to be an insult on the intellect of the audience. The sequence of events became predictable. Truly, subtlety is a gift of art.

The film initiated with strong stances on feminism and racism. We were hopeful that the story is a social commentary on the current issue of police brutality inflicted against black people. Yet, the messy plot offered no discussion on this. Instead, it provided blabbering of characters without depth. The script was poorly done giving an awkward feeling here and there.

When the film shifted to a discussion on justice and maternal love, the story could have been forgivable. These two topics are as valid as feminism and racism. But, as the storyline progresses, it was revealed that the filmmakers are unprepared for the result of their ‘experiment.’ Shooting scenes looked comic and often resemble amateurish directing. Also, police (pseudo-)investigations were unrealistic. One would question how on earth they could pinpoint a suspect only on the basis of one detail – that the killer is a woman.

It is beyond question. Viola Davis’ performance epitomizes the agony of losing a child and the fear of losing another one again. Her full range acting is one that is not easily forgotten. A mother, a psychotic, a killer. All were interwoven beautifully on a single powerful character. Yet, Davis’ superb act cannot save Lila and Eve. Its faults piled up one after the other that nothing could reverse the output.

This movie is a reminder that the audience today cannot be simply satisfied by one outstanding element (in this case, the main role’s performance). The public continues to look for films that work on all aspects of production. In which case, Lila and Eve might, in the meantime, stay in the backdrop.