When Po was introduced to us back in 2008, we instantly loved him. From his fur ball cuteness to his optimistic attitude, he made us loyal to his character. The much anticipated third installment of Kung Fu Panda, transformed Po and other adored figures into less likable characters. With too shallow plot, ineffective comedy, and repetitive punch lines, the panda may have to face its final film. 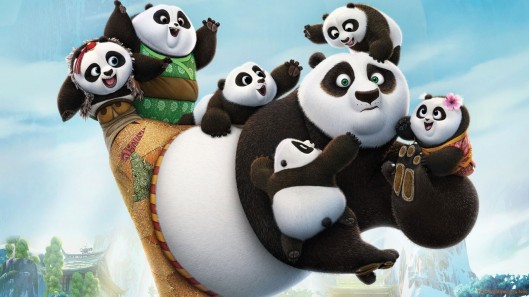 Kung Fu Panda 3 starts with the loss of Master Oogway to a spirit warrior named Kai. Meanwhile, Po reunites with his long-lost father. When Kai went back to the mortal world, he captures the chi of all kung fu masters in China. Only Po has the chance to beat the bad guy once he becomes a master of true chi. He then goes with his two fathers in the panda secret village to learn about mastering chi. Yet,  without knowing who he truly is, it seems impossible for Po to beat the powerful warrior.

Most of animated films including Kung Fu Panda work with an easy-to-follow storyline in order to please its children audience. First, it presents cute and lovely characters that would entice the crowd. Second, it introduces a problem on the protagonist’s understanding of his self. And lastly, it solves the problem through a realization which will happen moments before an epic battle. Such recipe is not necessarily problematic, it only becomes a liability when movies fail to spice up their story and include new elements. In the case of this film, its jokes and punch lines wore off. They sound too familiar for viewers who have repeatedly watched its prequels.

Humor and drama makes this franchise lovable to its audience. But when its spiels are becoming repetitive, its comedy and life lessons became too unappetizing. It is true that the film continues to teach a valuable lesson on embracing one’s self, but this has been taught since the first film.

Another problem is the movie’s failure to develop its characters. Po’s paternal connection with his father waa not sufficiently established. There was insufficient discussion on Kai’s betrayal of friendship with Master Oogway. The film came out to be superficial because of its inability to give depth to its characters’ actions.

Kung Fu Panda continues to be one of the iconic animated films. It still has the ability to induce laughter inside the cinema. But with its failure to create something new and inability to redo what it has successfully done in the past, our well-loved Po has a slim chance of survival.

4 thoughts on “Kung Fu Panda 3: A slim chance of survival”