A prepubescent girl enters the ‘women’ club as she joins the annual Santacruzan (May Festival). Her mother introduces her into a Filipino long-standing tradition that weirdly dresses girls as Virgin Mary and parades them on the streets like beauty contestants. She then learns that the world measures women based on the color of their skin and the size of their breasts. And although she resists at first and affirms her own understanding of beauty, she realizes that femininity is power. It is a gift and she is precious for being a recipient of it. 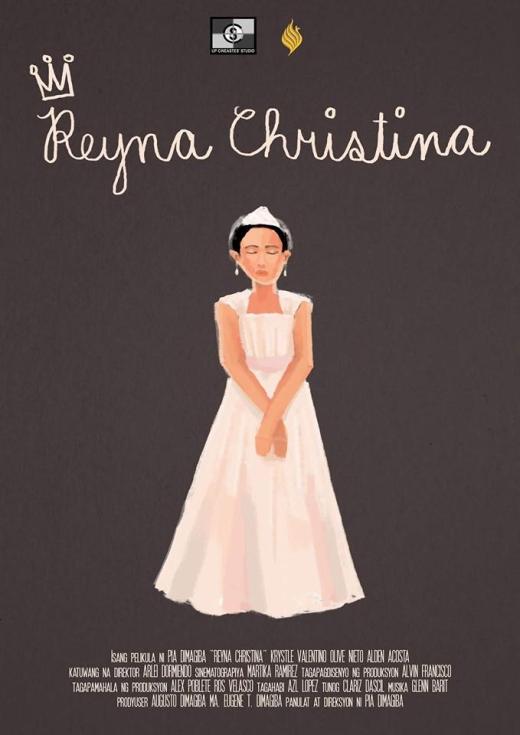 Reyna Christina speaks of the tough world that women must endure. It subtly critiques how women themselves learned to embrace patriarchal norms to blend in. Yet, it also suggests that choosing to be beautiful does not mean serving men, sometimes, exquisiteness is women’s greatest weapon.

Through using Santacruzan, the film brings feminism into the Filipino context. It is a cultural piece that has withstood the test of time and is still practiced in majority of municipalities in the country. Philippines, despite being accepting of matriarchy, has been known to favor upon male dominance and power. This contradiction can also be seen on how the Catholic Church continues to be patriarchal despite key roles of women (Virgin Mary, Mary Magdalene, Elizabeth, etc.) in its teaching. There has been growing debate on this topic and though the film gave no concrete stand, it was able to capture the intermingling of these cultural, social, and religious elements.

The short film ended with a vivid menstruation image vis-à-vis a glorious face of the protagonist. It was a riveting moment for it shoves to the viewers’ eyes a powerful image that only women can own.